What 4 days without access to the “Open” Internet taught me 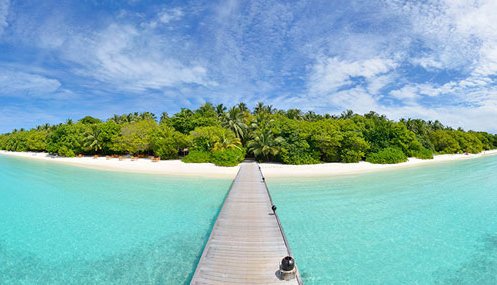 I visited GMIC Beijing last week. From a prior trip several years ago, I knew that the internet was not “open”. However, I was  caught off guard by losing access to several of my preferred properties. Some of them were Gmail, Twitter, Facebook, Google Maps, Google Search, Google Play store etc.

So, back to Beijing. I lost access to most of the “open” internet. I felt like I had been robbed of a prized possession. The first emotion was of sheer panic. I can’t believe this is happening. Why did I not plan better? Perhaps I could’ve at least set an “Out of Office” reminder saying I will have no access to email etc.

Slowly, I gathered myself but after a few failed attempts to get a VPN, I thought let me just live without all of these for a few days. On the brighter side, I did have access to WhatsApp, WeChat and LinkedIn.

Here are some observations from this ‘forced’ experiment:

Yes, you guessed it – that’s Google, Amazon, Facebook and Apple. So much of our data is tied up in so few companies. I love Google and Facebook but they have an inordinate amount of information on me. Worse yet, that information does not exist anywhere else.

Note to Self: Periodically extract one’s data and back it up outside GAFA.

A significant part of our daily communications have moved to chat. WhatsApp and WeChat provide access to about 25% of the world’s population. It is true that lot of what was email has converted to chat. I tried to ‘chat’ as a replacement for email. And it was not pretty. I am convinced that Email is not dead. Here’s why:

We are supremely connected. And we are insanely distracted. Hence, we are rarely in the moment. I realised that the world does not come to an end if you don’t respond to your email. Or, if you are not able to tweet for a few days. Or, if you can’t like or post a photo on Facebook.

All these products have made us “Notification addicts”.

Even with something ‘asynchronous’ as email, we tend to feel compelled to respond to every email just as soon as it comes. In the 4 days I was off, I probably missed several thousands of tweets, thousands of Facebook posts, dozens of notifications on Twitter and hundreds of emails. I was ecstatic as soon as I got access to the “complete” Internet. However, I could process almost everything that mattered on Email and Social Media in about 60 mins!

My guess is that we probably spend 1 hr per day just “refreshing” our inbox, our tweet stream, our Facebook wall and more. I’m guessing I must have saved at least 3 hours of “lost productivity” per day.

Notes to Self:
(1) Process Email and Social Media only 2 or 3 times a day. Limit processing time to 30 mins. Ask people to call if its urgent.
(2) Need to have a complete ‘digital’ detox every month, if not every week.

The Internet has well and truly transformed our lives. It has made us richer in ways that we can’t imagine. Yet, we also need to be in control of our own destiny. Here’s wishing we can find the balance that we all need!

(Amit is a Managing Partner at Prime Venture Partners, a seed stage VC firm based out of Bangalore, India. Prime invests in category creating, early stage companies founded by rock star teams.  Amit has held leadership positions at Makemytrip, Google and IBM. He is also deeply engaged with the early stage ecosystem in India and actively volunteers with iSpirt, TiE and NASSCOM. He tweets regularly @amitsomani and is trying to become an active, late blooming blogger). The role for a CMO for running an Election Campaign

The US is gearing up for one of the most incredible election years ever. June 7th is rapidly approaching as ...